Hello, boys and girls and welcome to “NOT Mr. Rodgers Neighborhood.”

Today I am going to share with you three words/terms that, apparently, we never bothered to learn.

First will be ACTIVE LISTENING.

Active listening is a communication technique that is used in counseling, training, and conflict resolution. It requires that the listener fully concentrate, understand, respond and then remember what is being said.[1] This is opposed to reflective listening where the listener repeats back to the speaker what they have just heard to confirm understanding of both parties. – Wikipedia

Now that we know what Wikipedia says let me break it down for you. Active listening is actually listening to each word, contemplating their point of view, thinking about the information given and THEN offering a response. It is not keeping your mouth shut until the other person stops talking so you can speak. Nope- that ain’t it. Waiting to talk and listening are two very different things.

Listening takes effort. It requires that you give a shit about someone else’s opinion. You don’t have to like or agree with their opinion, on the contrary. What it boils down to is respecting another person enough to listen to them.

Our second word for the day is ban. Say it with me now boys and girls- ban.

to ban nuclear weapons; The dictator banned all newspapers and books that criticized his regime.

Wait…so a ban means to forbid, an act of law, a formal condemnation. Hmmm…

(If any of these words are difficult to understand, please, introduce yourself to a book called the Dictionary or visit dictionary.com to look them up. That concludes my PSA for the day.)

Okay, so let’s look at word three and see if we can learn something. Word three is control. Say it with me – control. Very good, boys and girls.

That zone is controlled by enemy troops.

Wonderful! We now know that control is to exercise restraint, to hold in check. AWESOME!

Now, let’s compare the two words. A ban is to remove whereas control is to keep in check. WOW! There is a difference between them. With everything I have seen and read over the last week, you would think that they were synonymous with one another. See what happens when you try to educate yourself.

Okay, boys and girls, let’s break this down a bit further…

They are NOT the same thing. Asking for better and stronger gun control isn’t screaming to ban guns. It’s asking that we are better at protecting the populous from people who should not have weapons at their disposal. It isn’t a way of punishing law abiding citizens who have weapons. No. It is a way to ensure their rights by stopping the mentally unstable from getting their hands on a weapon.

“But I’m a hunter!” Good for you. That does not mean that you need an assault rifle to kill Bambi. I am pro-hunting so don’t jump my ass for that. But, if you need an AR-15 to kill an animal then you need to reevaluate your skills as a hunter. If you can’t put food on your table with a muzzleloader, single shot shotgun, or bow and arrow- you, in my book, are not a hunter.

If you take nothing else from this post, please, learn the art of actively listening to people. You don’t have to agree, but you can make a true difference if you hear people out. Listen to their concerns and ideas. You may find that you can work together toward a common goal- if you only listen.

Have a GREAT day boys and girls…until next time. 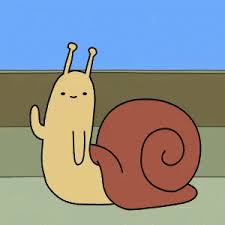